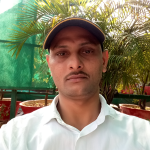 1. One of the major features is the double or triple sum assured in addition with an accrued bonuses as a death benefits.
2.  Two additional riders are allowed as an optional features of this plan.
3. The tax benefit is allowed as per IT act.

On Death – In case of death of an insured person, his or her nominee gets the double or triple of the sum assured as per plan variant was chosen. In addition to this, he or she also gets the accrued bonus.

On Maturity – In case of an insured person survives till the maturity period, then he or she will get the proposed sum assured along with accrued bonus.